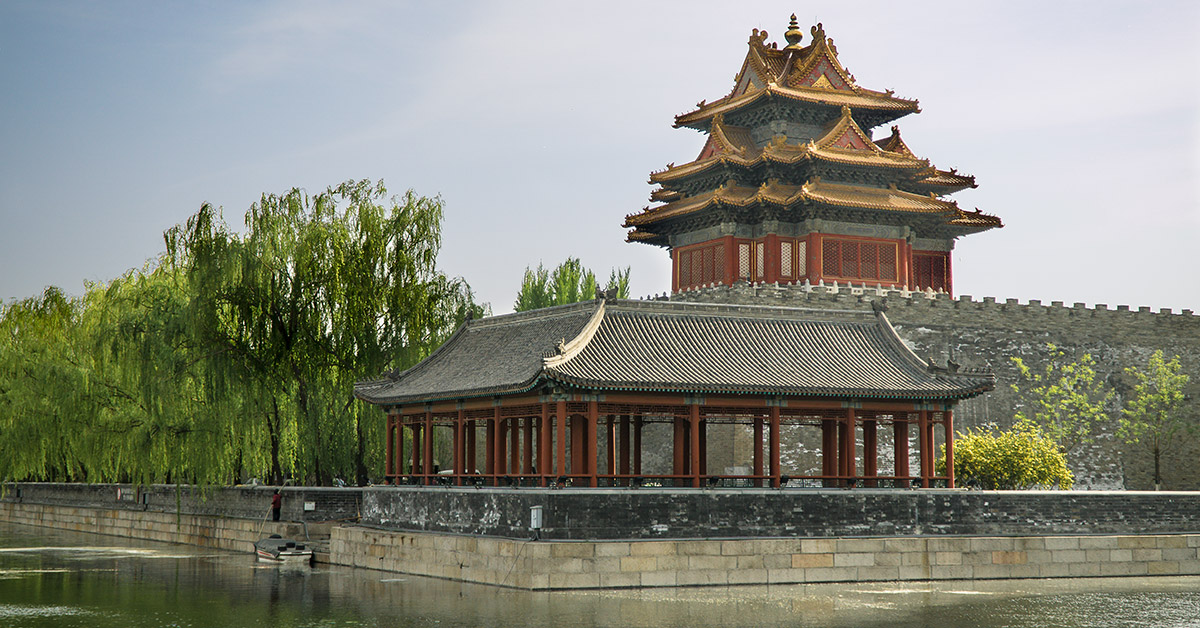 For years, I’ve been told that my husband, whose last name is Chinn, is a descendant of the first emperor of China, from which China got its name. I’ve always been skeptical, but rather than let him lose face, I just smile and remark that he still has to unload the dishwasher. When an opportunity came up this year for us to travel to China, I decided to see for myself if he resembled any of the Terra Cotta Warriors.

Our trip included three cities: Beijing, Xian and Shanghai. We arrived in Beijing to discover that it wasn’t as polluted as we feared, but more commercial than we expected, with most people able to communicate in English and ready to negotiate on just about any transaction.

We visited the Summer Palace, a beautifully maintained imperial garden dating back to 1750. With its stately Foo Dog Statutes guarding the ancient structures, we spent a pleasant morning strolling along the Long Corridor and Kunming Lake. The intricately painted wooden beams of the corridor depict hundreds of stories along the nearly 800-yard breezeway. On a hillside overlooking the river, senior citizens – singing with enthusiasm and ignoring intruding tourists and their cameras – gathered under the protection of a temple.

The afternoon found us trooping across Tiananmen Square toward the Forbidden City. There were many young Chinese soldiers, who looked intimidating, and the forbidden was illustrated when a tourist tried to take a picture of one of them. I snickered and suggested to my husband that he mention to the young man his important connection to the first emperor. He wasn’t amused.

The Forbidden City itself was an overwhelming experience, covering over 180 acres with 980 buildings contained within the walls. The gardens in the north section were one of the few areas where the concubines, brought to the city as mere children, were permitted to wander. An imposing moat surrounds the city, and a nearby manmade hill lays testament to the amount of material removed from the land to build this giant fortress.

Our final day in Beijing was a busy one, with the morning spent at the Great Wall. Nearly 5,000 miles in length, the Great Wall is not only a must-see for foreign visitors, but Chinese people are encouraged to visit at least once in their lifetime. Although the wall that we see today has had much reinforcement and cosmetic work done to ensure it’s structural integrity and appeal to tourists, the work, which began thousands of years ago, demonstrates their determination to erect a structure to surpass any known at that time.

We ended our day in a Chinese hutong, a series of narrow allies that form a collective residential area mostly navigated by bicycle or man-powered carts. As we dashed up and down the narrow streets, a peddler paced us on his own bike, swerving so close we were afraid of crashing as he attempted to sell us chopsticks for $1.

Our visit to Xian was the highlight of my trip, as I finally stood over the pits that contained hundreds of unearthed Terra Cotta Warriors and their horses. My heart was heavy as I looked at the work completed by thousands during the reign of Emperor Qin, that famous first emperor who united China. It is said that the multitudes who worked on this project were put to death, and many were buried with the Warriors to protect the secret location of the burial tomb of Qin, (pronounced Chin) some miles away.

We spent time wandering the area around our hotel in Xian on our last night. In this small neighborhood, we encountered people, still dressed in business clothes, gathered in a park at 10 P.M. practicing Tai Chi. We saw seniors crouched under a streetlight playing Chinese Chess. We strolled through a farmers market hopping late into the evening with vibrant vegetables lining the stalls.

Our final destination, Shanghai, was a city that looks like Vegas on steroids at night. Our favorite area was the old Chinese town around the Yuyuan Bazzaar. Although it has been rebuilt to resemble old China town, within its boundaries lies another hidden treasure – the beautiful and peaceful Yu Garden. For a few hours, you can escape the noise and pace of the city and simply relax and meditate among its rockeries and koi ponds. It was a good place to end our visit to China before we boarded the plane for home.

We were amazed at the quality of our hotels, meals and flights compared to the low prices we paid. If you’ve wanted to visit China and would like help putting your own trip together contact me and I’ll help you book a trip to remember.

Victoria “Tori” Ward is a cruise and resort specialist with an interest in traveling and seeing the world since she first began to crawl. For more information on these trips and others, contact Tori at tori@roxtravel.com or 928-254-9968.

Tips from the Expert:

The Rewards of Tourism & Travel