Magic of Disney Thrills Adventure Lovers of All Ages 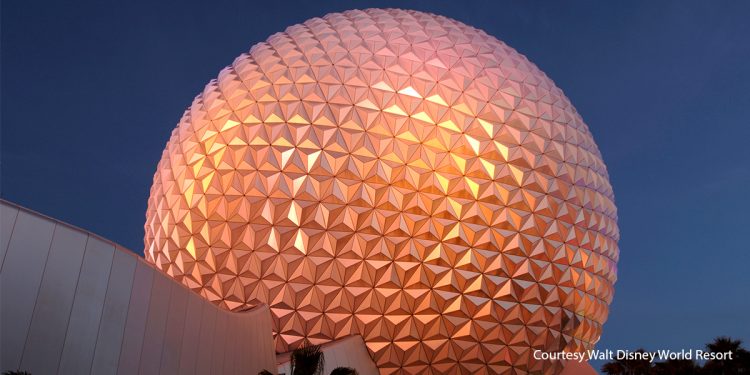 Growing up in Florida our favorite summer activity was rafting and swimming at Rock Springs. The natural spring water was 68 degrees and my brother would only wade in to knee level with his arms crossed, before his lips started turning blue and he’d wade out goose-fleshed before trying again a few minutes later. I was more pragmatic and deployed the shock and awe technique of diving in immediately. My own sons grew up in Orlando after the Walt Disney World® Resort opened. The song from the It’s a Small World® Attraction was one of the first songs they knew all the words to and we measured rites of passage by how close they were to being tall enough to ride the Space Mountain® Attraction.

The Walt Disney® Company has grown from two castle-centered parks on separate U.S. coasts to a global entertainment and vacation presence. With parks in Paris and several in Asia, children from around the world can experience the magic that has enchanted their American peers for over half a century.

The Disneyland® Resort in Anaheim includes both the original theme park as well as Disney California Adventure® Park, an attraction that brings the stories of Disney’s Pixar® characters and their adventures to life.

Two favorite water attractions that appeal to children of all ages includes the Epcot’s®The Seas with Nemo & Friends® Attraction, in the theme park, and the Under the Sea – Journey of the Little Mermaid, featuring Ariel at Disney California Adventure® Park.

Currently, a three-day park hopper pass allows unlimited admission to both attractions with the added incentive of a Magic Morning, one early morning admission before the parks open to the general public to enjoy shops, select attractions and restaurants.

The Downtown Disney® Area provides guests a chance to recharge at one of the many restaurants offering both casual as well as fine dining experiences. Guests staying at one of the three park hotels are given restaurant reservation preference.

One of the few times I was ever late for a college class was the day the Walt Disney World® Resort opened because I got tangled up in Orlando traffic. Things have certainly improved since then and the park really is a small planet that encompass four theme parks, two water parks and two restaurant and shopping areas; Disney Springs and Disney’s Boardwalk.

The Magic Kingdom®, Epcot®, Animal Kingdom® and Disney’s Hollywood Studios®comprise the four theme parks within the resort.  At the Epcot World® Showcase, guests can explore pavilions representing 11 countries with restaurants, shops and exhibits in each.  The Epcot® trademark geodesic dome houses Mission: SPACE® Attraction, one of the many attractions representing science and technology. As an adult, I’ll admit that the Epcot® still holds enormous appeal.

Mirroring her sister on the West Coast, the Walt Disney World® Resort also offers many special packages that allow guests to select options designed to incorporate as many days, parks and attractions as budget and time permits, including golf packages. Lodgings at the resort include 25 different styles of accommodations, from luxury to modest, including a campground.

An hour away from the Florida resort, Port Canaveral is the homeport to Disney Dream and Disney Fantasy, cruise ships offering voyages from three to 14 days. On the West Coast, San Diego is the homeport for Disney Wonder with cruises from two to 14 days. And continuing to prove it’s a small world after all, Disney Magic sails to ports in Europe. The ability to combine a cruise and park vacation checks off many boxes for families trying to provide an experience that both children and adults will enjoy.

In 2005, the Walt Disney® Company added another vacation option for travelers who wanted to see more of the world than the teaser at Epcot®. Adventures by Disney® offers guided vacations to 37 destinations on six continents. From the Great Wall of China to the Great Barrier Reef in Australia, guests are accompanied by two Disney®-trained guides who take care of all the details – from arranging private tours of the Vatican Museum to backstage private events where guests are given VIP treatment that includes special activities for junior travelers.

With so many options, it’s easy to become overwhelmed with all the choices offered by the Walt Disney® Company. Whether you have two days, or a month, and want to surprise your family with a vacation they will always remember, as an authorized Disney® travel agent, I would be happy to help you design a magical vacation that they will buzz about for light-years.

Cape of Good Hope and Good Wine Along the Way

All I Want for Christmas is a Cruise